Tight end is one of the most important position in NFL. There are many great tight ends in the league, but these are the top 10 players at the position. 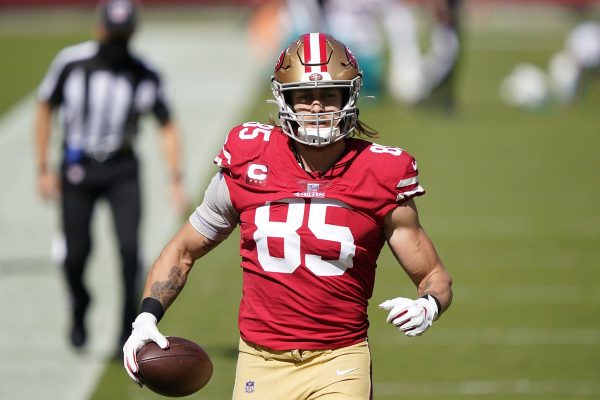 Gronkowski is the best tight end in the league and perhaps the best player at any position. He’s a matchup nightmare for defenses and is virtually unstoppable when he’s on his game.

Kelce is one of the most athletic tight ends in the league and is a big playmaker for the Chiefs. He’s a mismatch for linebackers and safeties and can make big plays downfield.

Reed is a very talented tight end who has had some injury problems in his career. When he’s healthy, he’s one of the best tight ends in the league and a big weapon for the Redskins.

Ertz is another very talented tight end who is a big part of the Eagles offense. He’s a good route runner and has excellent hands, making him a tough cover for defenses.

Graham is a big, physical tight end who is a red zone threat for the Seahawks. He’s not as athletic as some of the other tight ends on this list, but he’s a tough matchup for defenses nonetheless.

Walker is a solid all-around tight end who is a key part of the Titans offense. He’s a good receiver and blocker, and he’s a tough player to bring down when he has the ball in his hands.

Clay is a talented tight end who is a big target for the Bills. He’s not the most athletic player, but he’s a big body who can make plays in the passing game.

Rudolph is a big target for the Vikings and is a red zone threat. He’s not the quickest tight end, but he has good hands and can make plays in traffic.

Gates is a future Hall of Famer and is still one of the best tight ends in the league. He doesn’t have the speed or athleticism he once did, but he’s still a very talented player.

Witten is one of the most reliable tight ends in the league and is a security blanket for Dak Prescott. He doesn’t have the biggest upside, but he’s a safe bet to catch a lot of passes for the Cowboys.

That’s the end of the Top 10 Tight End Players in the NFL. Who did we miss? Let us know in the comments below!