Christmas is the time of year when families come together to create beautiful memories. What better way to celebrate than with a movie night? We’ve put together a list of the top 10 movies that are perfect for Christmas. From classic films like It’s a Wonderful Life and A Christmas Story, to modern favorites like Elf and Home Alone, there’s something for everyone. So gather your loved ones around the TV and get ready for some holiday cheer! 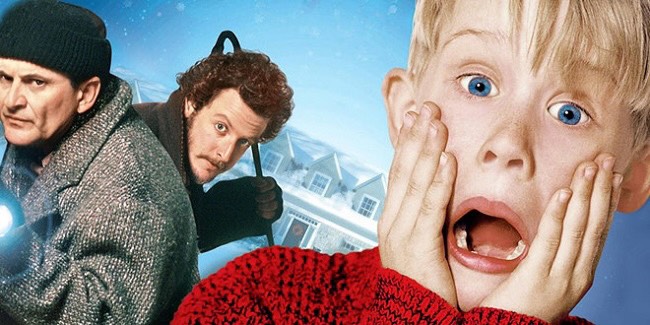 1. It’s a Wonderful Life (1946): This classic film follows George Bailey, who is on the brink of giving up until his guardian angel intervenes and shows him what life would be like without him. With its timeless themes of love, friendship, and family values, It’s a Wonderful Life is sure to touch the hearts of viewers young and old.

2. A Christmas Story (1983): This classic family comedy follows 9-year-old Ralphie Parker as he dreams of getting a Red Ryder BB gun for Christmas. The movie is filled with humor, nostalgia, and plenty of holiday cheer.

3. Elf (2003): Will Ferrell stars in this modern Christmas classic about an elf who discovers he’s actually human. Along the way, Buddy learns some valuable lessons about life and love while restoring the spirit of Christmas in New York City.

4. Home Alone (1990): When 8-year-old Kevin McCallister is accidentally left home alone by his family while they go on vacation, he must use his wits to outsmart two bumbling burglars. This comedy is sure to have the whole family laughing.

5. Miracle on 34th Street (1947): When a department store Santa claims to be the real Kris Kringle, an avowed skeptic takes him to court in order to prove his identity and save Christmas for generations of children. This holiday classic will warm your heart and make you believe in the power of miracles.

6. The Polar Express (2004): Based on the popular book, this animated film follows a young boy as he embarks on a magical journey to the North Pole where he learns about friendship, courage, and belief.

7. How the Grinch Stole Christmas (2000): Jim Carrey stars in this live-action adaptation of Dr. Seuss’ beloved tale about a grouchy creature who hates Christmas and tries to steal it from the Whos of Whoville, only to be taught a valuable lesson by the young Cindy Lou Who.

8. White Christmas (1954): This classic musical features Bing Crosby and Danny Kaye as two army buddies who team up with a sister act to save their former general’s Inn from financial ruin over the holidays. Filled with wonderful songs and dance numbers, White Christmas is sure to get everyone singing along.

9. Love Actually (2003): This romantic comedy follows several intertwining love stories during the weeks leading up to Christmas in London. With an all-star cast and plenty of heartwarming moments, Love Actually is a perfect holiday movie for grown-ups.

10. The Santa Clause (1994): Tim Allen stars as Scott Calvin, a divorced dad who accidentally becomes Santa Claus after he reads “The Santa Clause” contract aloud. With its lighthearted humor and positive message, this is a great family movie that will get everyone into the holiday spirit.

So get cozy on the couch and enjoy some of these classic films this Christmas season! From old favorites like It’s a Wonderful Life to modern classics like Elf, there’s something for everyone in this list of top 10 movies for the holidays. Happy watching!